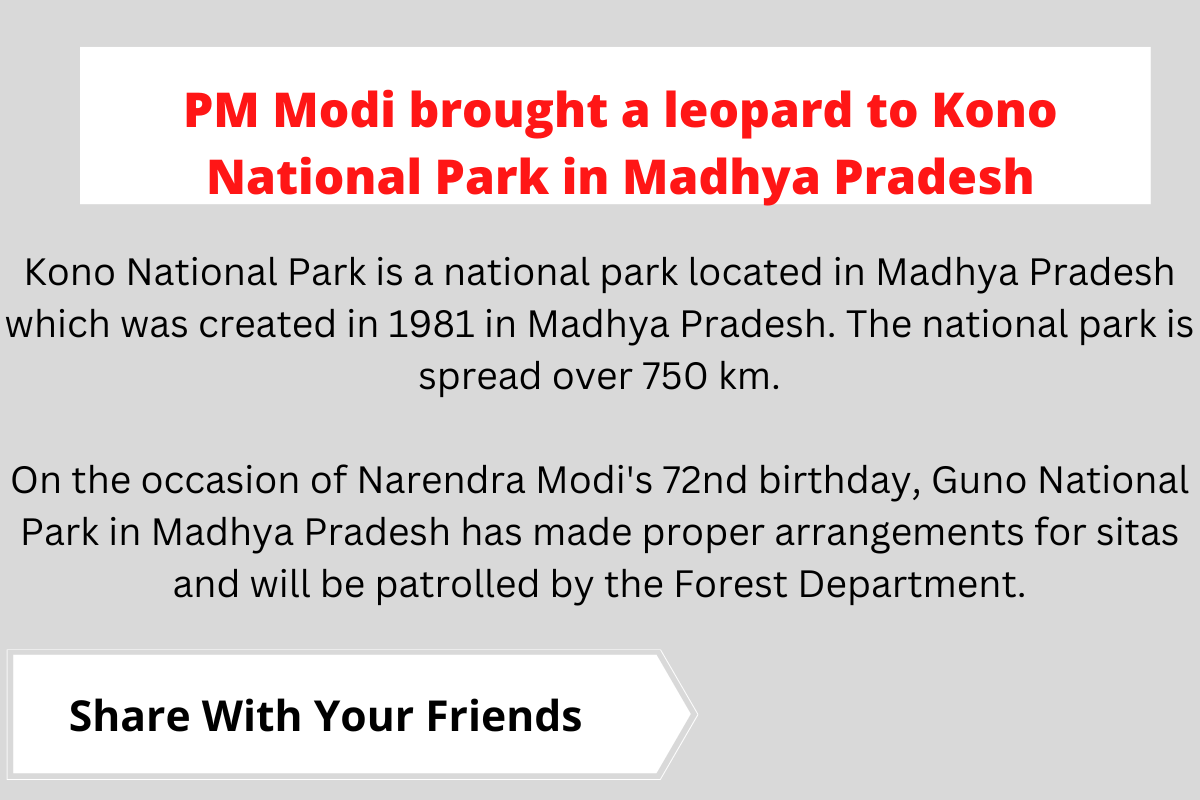 On the occasion of Narendra Modi’s 72nd birthday, Guno National Park in Madhya Pradesh has made proper arrangements for sitas and will be patrolled by the Forest Department.

A total of eight cheetahs were brought to Guno National Park, including three male and five female Sita.

After 72 years since the Indian government put the cheetah in a quarantine enclosure when it became extinct in 1952, the cheetah has been reintroduced in India.

A cheetah helipad was built in Madhya Pradesh’s Kono National Park, where eight cheetahs brought by Prime Minister Narendra Modi from Australia will be freed from their cages for proper management and then housed in their free enclosures.